Background to the film

Taking its name from our unofficial motto, ‘Once a Hatfielder, Always a Hatfielder’ explores the myriad ways in the Hatfield Association enriches the lives of Hatfielders and celebrates the sense of belonging that comes from membership. 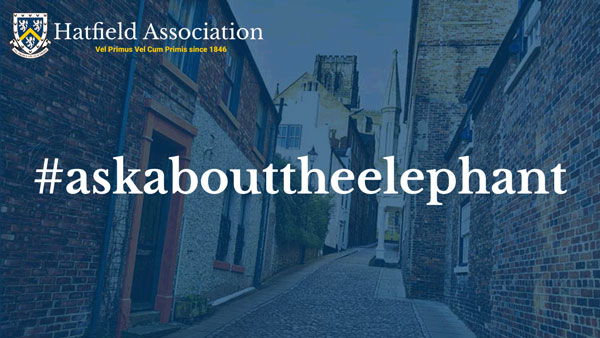 The Hatfield Association is the alumni organisation of Hatfield College, Durham University.

A community of thousands of Hatfielders past and present, our job is to support the development of our members, both during their time in College and beyond. 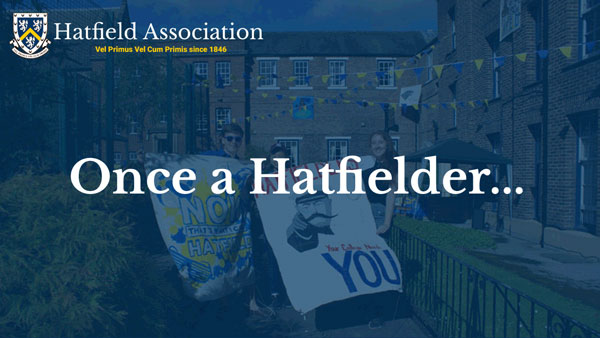 One of the key ways we support undergraduates is through opportunities to connect with Hatfield alumni working in various fields, allowing you to seek career advice and make contacts ahead of graduating.

Following graduation, we keep alumni connected to Hatfield and its community through regular updates and events, including reunion weekends, London meet-ups and (excitingly) the chance to return to formal.

All this and more is discussed by Hatfield alumni Nicola Candlish, Geoff Cullington, Hannah Finney, Adam Kirk and Stephanie Wood in this short film. 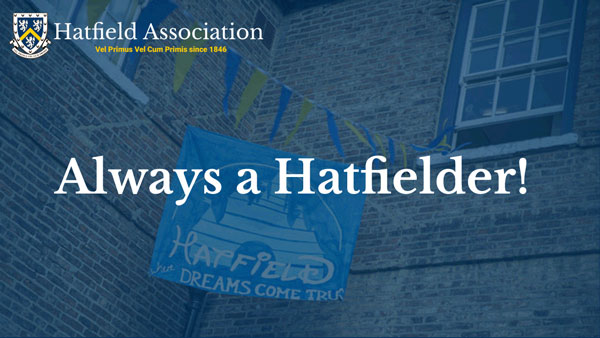 Nicola Candlish was an undergraduate at Hatfield from 2001 to 2004. She graduated with a BA (Hons.) in Music, and went on to study for her PhD from 2004 to 2011. During her time at Hatfield she was the College Mascot and the Keeper of the College Cane. She is currently the Chief Executive of British Youth Opera.

Geoff Cullington was at Hatfield from 1952 to 1955. He studied Maths with Physics and rowed during his time in College. After graduating he worked for the Atomic Energy Authority and then moved to Dounreay Nuclear Power Establishment. In 1973 he moved to Luxembourg to work for the European Commission, where he spent 15 years. He is now retired.

Hannah Finney gained a First Class Honours Degree in Sociology during her time at Hatfield, from 2013 to 2016. Following graduation, Hannah remained in Durham for two years to work for the university as Student Community Action Officer. She is currently a Volunteer Coordinator at Citizens Advice.

Adam Kirk was at Hatfield from 2015 to 2019. He graduated with a First Class Honours degree in Mathematics, and was awarded the Hatfield Trust Trophy. He was President of Hatfield College Boat Club, and is also the founder of the White Lion Club. He is now a Quantitative Analyst at Oliver Wyman.

Stephanie Wood studied Sociology from 2001 and 2004. She was co-chair of the Lion in Winter Ball 2004, and B team captain of Hatfield College Netball Club. She also worked at Hatfield Bar. Stephanie is now a senior digital journalist, and has worked as a writer and editor for titles including Woman and Home, Stylist, MSN and ASOS.

We are @HatfieldAlumni across social media.  Follow us to keep in touch.

Photo of the day 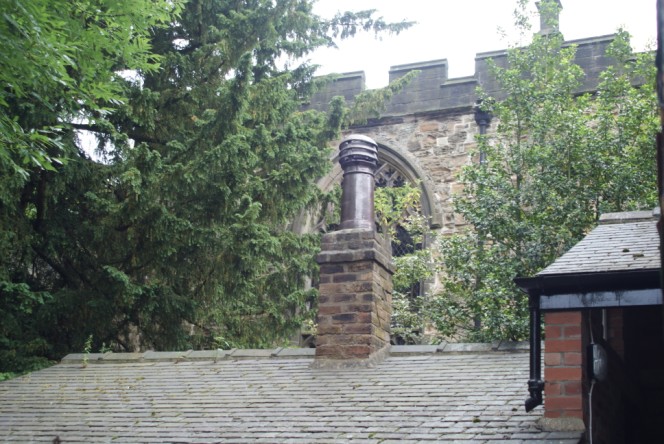 Thank you for visiting our website. We hope that you found it useful finding out more about the Hatfield Association – a community for all alumni and friends of Hatfield College, Durham University.